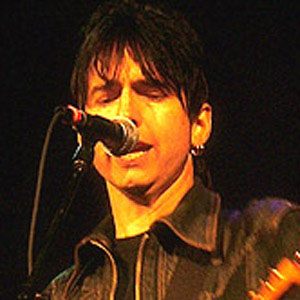 He formed his first rock band when he was an eighth grader in Monroeville, Alabama. His early professional credits include gigs with such bands as Witness and Delta Rebels.

He wrote songs and played guitar for Marching to Mars, a 1997 Sammy Hagar album.

He was born in Macon, Georgia, and he grew up in Monroeville and Geraldine, Alabama.

Damon Johnson Is A Member Of