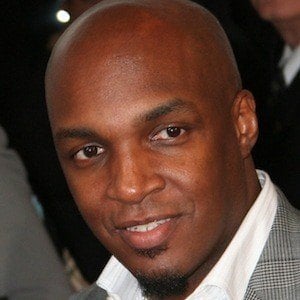 Grammy nominated music producer who was joined by Harvey Mason, Jr. to make up the R&B/pop production duo The Underdogs.

He was a production partner of Kenneth Edmonds in the late 1990s, and began working with Mason in 1999. Their first big time production together was for Tyrese's "I Like Them Girls."

He and Mason produced and arranged music for the 2015 film Straight Outta Compton.

He was married to Kim Kardashian from 2001 to 2004. He shares a son named Dimas Thomas with former partner Sarai Torres.

Damon Thomas Is A Member Of