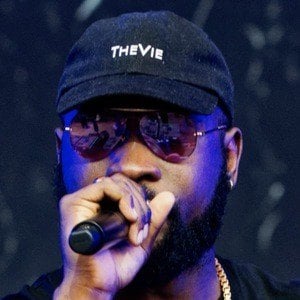 Belgian rapper and songwriter who rose to prominence for his song "Poseidon." He's popular for his debut album Batterie Poor, which went certified gold in 2016.

He formed the music group OPG with his childhood friend in 2006 and released his first mixtape Waiting Room for free in 2014.

He was a member of the rap collective known as 92i and signed to Universal.

He was born William Kalubi in Congo, but moved to Belgium when he was 9 years old.

Damso Is A Member Of