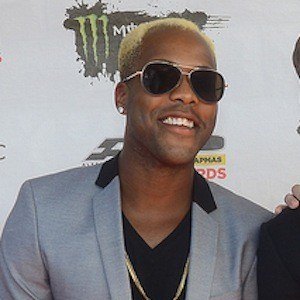 Lead guitarist and backing vocalist for the Florida-based pop punk band Set It Off. The group's first two studio albums charted in the Billboard Top 200.

He met lead singer Cody Carson in high school, where they did marching band together.

He, Cody, Zach DeWall, and Austin Kerr joined the band when it was formed in 2008.

He was born in Lynn, Massachusetts, later moving to Hartford, Connecticut before heading south to Lakeland, Florida. He's engaged to Sydney Madison.

He performs alongside Maxx Danzinger in Set It Off.

Dan Clermont Is A Member Of