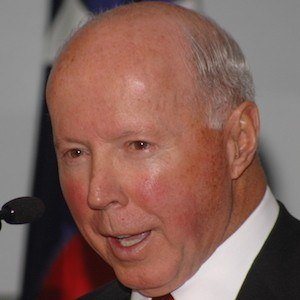 He served in the United States Army during the Korean War.

He was the richest person in Houston according to Forbes magazine in 2007, with a net work of more than eight billion dollars.

His mother died of tuberculosis when he was just seven years old.

Dan Duncan Is A Member Of