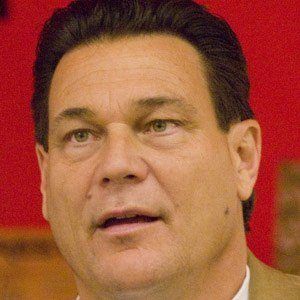 Former NFL defensive tackle for the Chicago Bears, he was inducted to the Football Hall of Fame in 2002.

He was drafted by the NFL after playing college football in Arkansas.

He did commentary work after retiring, including co-hosting the syndicated TV show Pro Football Weekly.

He missed a lot of games because of previous injuries he had endured as a child.

He played with the Chicago Bears when Mike Ditka was coach.

Dan Hampton Is A Member Of