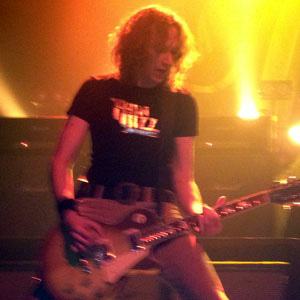 Guitarist and back-up singer known for his work with the rock band The Darkness. He also performed with another English heavy metal band called Stone Gods.

Early in his career, he was a session musician for singer Natalie Imbruglia.

He performed primarily on a Gibson Les Paul guitar.

His brother Justin Hawkins, lead singer of The Darkness, left the band in 2007 because he felt he was embracing the rock lifestyle too much.

In 2012, he announced that The Darkness would be backing Lady Gaga during her European tour.

Dan Hawkins Is A Member Of