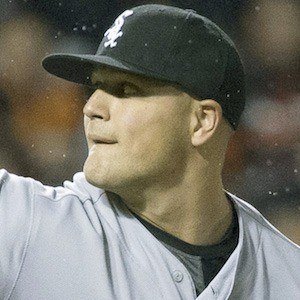 Pitcher who began his major league career with the Miami Marlins in 2012. He was previously a star player with the University of Nebraska Cornhuskers.

He won consecutive Iowa state titles at Valley High School in 2004 and 2005.

He was concussed after being hit in the head with a line drive during a game against the Pittsburgh Pirates in August 2014. He thanked Pirates fans on Twitter for giving him a standing ovation as he was carted off the field.

His parents, Bob and Janet, flew from Iowa to Miami to watch him play in his first MLB game.

He has been teammates with All-Star right fielder Giancarlo Stanton as a member of the Marlins.

Dan Jennings Is A Member Of