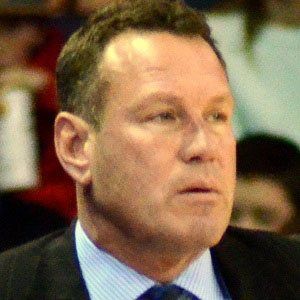 Former NBA shooting guard who had his most success as a member of the Phoenix Suns in the early 1990s.

He was drafted 14th overall by the Suns in 1988 after a standout college career at Central Michigan University.

He was named to three All-Star games and two NBA All-Defensive teams in his career.

He was teammates with Alonzo Mourning on the Miami Heat from 1996 to 2001.

Dan Majerle Is A Member Of