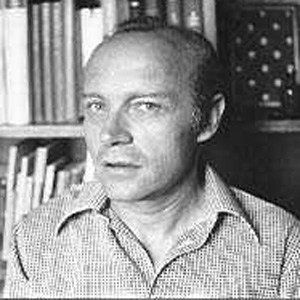 Israeli poet, nonfiction author, and speaker who is best known for a poem entitled "Written in pencil in the sealed railway car." His poetry collections include The Shadow Clock, Transformation, and Double Exposure.

He was born in Romania and was later forced into a Ukrainian concentration camp. After surviving the Holocaust, he relocated to Israel.

He taught Medieval Hebrew Literature at the Hebrew University of Jerusalem.

He was the father of two children: Merav and Jonathan.

He was a literary contemporary of Jewish-Polish author Sholem Asch.

Dan Pagis Is A Member Of