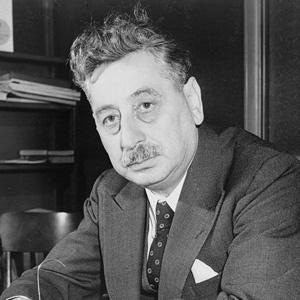 Polish-born Yiddish author who described Jewish life in the antisemitic Ukraine. He wrote Kiddush ha-Shem, one of the earliest books in modern Yiddish literature.

He was educated in Kutno, Poland in his younger years. He later moved to Wloclawek, where he supported himself by serving as a letter writer for illiterate townspeople.

His 1907 drama, God of Vengeance, was performed on Broadway and resulted in the arrest of the entire cast on obscenity charges.

When he moved to Warsaw, he married Mathilde Shapiro. His two sons, Moses and Nathan, had careers in music and literature, respectively.

Sholem Asch Is A Member Of