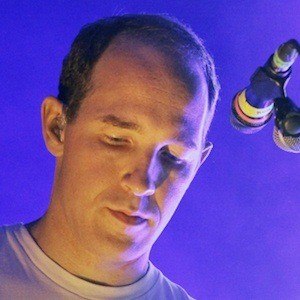 Canadian composer, musician, and recording artist. He is known for having performed and recorded under a variety of different names including Caribou, Manitoba and Daphni.

He began by performing under the stage name Manitoba. He released his first album, Start Breaking My Heart in 2001. He then changed his name to Caribou after being threatened with a lawsuit and released the following album under the new name in 2005.

He has won several awards for his music including at the 2015 Juno Awards where he was announced the winner of Electronic Album of the Year for his album Our Love.

He was born and raised in Dundas, Ontario, Canada.

As a musicians from Canada, he can be seen in relation to other legendary musicians from the area including Neil Young, Leonard Cohen, and Bryan Adams.

Dan Snaith Is A Member Of