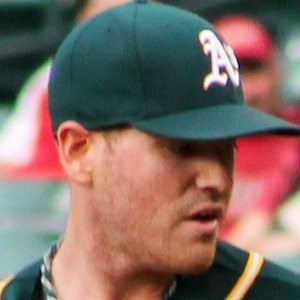 MLB pitcher who was drafted by the Oakland A's in the 24th round of the 2009 draft. He made his major league debut in 2012 and has also pitched for Chicago Cubs, Houston Astros, and Cincinnati Reds.

He attended Western Oregon University before transferring to Marshall University, where he finished his college career.

Although his MLB debut came in 2012, his official rookie season was in 2013. He went 10-8 and finished fourth in Rookie of the Year voting.

He was born to Sarah Jackson and Steven Straily in northern California, but grew up in Oregon. He married Amanda Miller in 2012 and has a sister named Larissa.

He and Ross Ohlendorf became teammates when they joined the Reds in 2016.

Dan Straily Is A Member Of