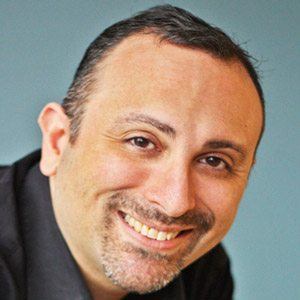 Known for such acclaimed children's books as Unlovable, Every Friday, and All the Way To America: The Story of A Big Italian Family and A Little Shovel, this artist and writer also had a career as a television writer and producer, working on such animated series as Oswald, Mr. Pig & Mr. Duck, and Willa's Wild Life.

He created the characters for a popular Nickelodeon children's program called The Backyardigans.

Born in Montclair, New Jersey, he later settled in New York City with his wife and two children.

One of his children's books, The Fantastic Undersea Life of Jacques Cousteau, tells the story of the famous French explorer, oceanographer, and documentary filmmaker.

Dan Yaccarino Is A Member Of