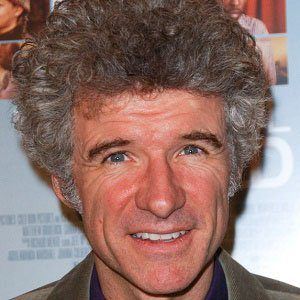 Singer and multi-instrumentalist who gained a cult following as a member of the 80's garage rock band The Del Fuegos. He later reinvented himself as a performer of children's music, earning a Grammy for Best Musical Album for Children for 2006's Catch That Train!

He spent his early years in Texas and, later, Fredericton, New Brunswick. He attended Phillips Academy for two years before relocating to Ohio and attending Oberlin College.

He played the role of Sweeney in the 2009 dark comedy Wonderful World.

He married director Paula Greif in 1987.

Sheryl Crow made an appearance on his 2000 album Rocket Ship Beach.

Dan Zanes Is A Member Of