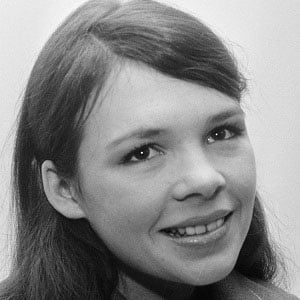 Notable as both a singer and a politician, she rose to fame for her single "All Kinds of Everything," which won her the 1970 Eurovision Song Contest title. Three decades later, she began serving Ireland's Connacht–Ulster constituency in the European Parliament and, in 2011, launched an unsuccessful campaign for the Irish presidency.

She won her first talent competition when she was just six years old and released her first single, the aptly titled "Sixteen," when she was sixteen. Before winning the 1970 Eurovision Song Contest, she was the 1969 runner-up in the Irish National Song Contest.

In the mid 1970s, she hosted a BBC talk show titled A Day with Dana. Two decades later, while briefly living in the southern United States, she launched a successful second career as a Catholic music vocalist with the HeartBeat Records label.

One of seven children, she grew up in London, England and Derry, Northern Ireland. With her hotel executive husband, Damien Scallon, she raised children named Grace, Ruth, John James, and Robert.

She was the surprise winner of the Eurovision Song Contest of 1970; either Spanish vocalist Julio Iglesias or Welsh-born folk singer Mary Hopkin was expected to win.

Dana Rosemary Scallon Is A Member Of