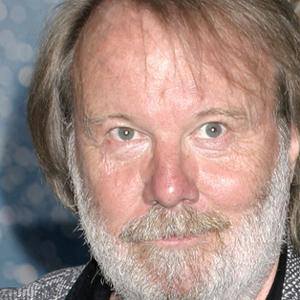 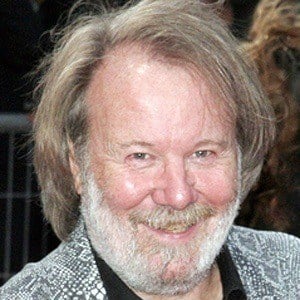 Swedish singer who wed his ABBA bandmate Frida Lyngstad. He has won four Swedish Grammis Awards. He was a com-composer on the soundtrack for the popular musical Mamma Mia!

He taught himself how to play piano when he was ten years old. His first group was called The Electricity Board Folk Music Group, or Elverkets Spelmanslag.

The first instrument he learned to play was the accordion. In 2013, he won a  Guldbagge Award for Best Original Score for a documentary he collaborated on.

He married Anni-Frid Lyngstad in 1978; after their divorce in 1981, he remarried Mona Norklit the same year. He has two sons, Peter and Ludvig, and a daughter, Helene.

He was a part of the group ABBA with Bjorn Ulvaeus.

Benny Andersson Is A Member Of