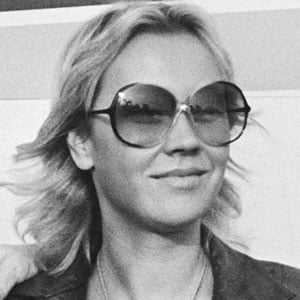 Her first band fizzled out, but she decided to leave school at fifteen to pursue music anyway.

The second best-selling band in history, her group ABBA has sold over 375 million records worldwide.

She married Bjorn Ulyaeus on July 6, 1971 the couple had a son named Peter and a daughter named Linda before divorcing in 1980. She later married Tomas Sonnenfeld on December 15, 1990 but the couple divorced in 1993.

In 2004, she did a cover of "My Colouring Book" by Dusty Springfield.

Agnetha Faltskog Is A Member Of