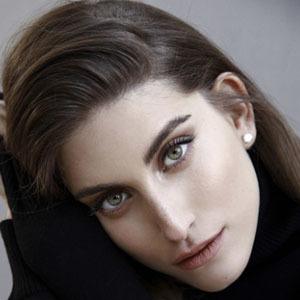 Israeli model, television personality, and blogger who is know for her appearances on Power Couple VIP as well as her fashion and lifestyle blog Dandy Z. She is also known for having founded the Insta Academy where she shares tips and tricks on how to increase followings, watch analytics, and increase engagement for other social media influencers.

She first started gaining attention by sharing modeling photos through her Instagram in January of 2013. She then expanded and started her own blog in April of 2015. Her television debut came later on in 2017.

She is an ambassador and influencer for several different brands on social media including Chloe, Lilo Swimwear, and Adidas Israel, all of which she promotes through Instagram for her over 550,000 followers.

She was born and raised in Tel Aviv, Israel and married realtor Guy Biton.

She shared a photo with fellow model and television personality Yarden Harel in Marrakech to her Instagram in April of 2019.

Dana Zarmon Is A Member Of