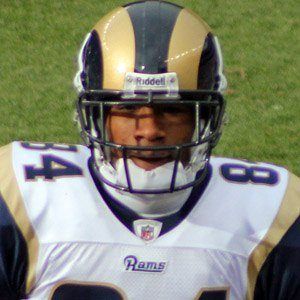 Wide receiver who made his NFL debut in 2010 with the St. Louis Rams.

He played college football at the University of Missouri, where he led the nation in receiving yards as a senior, with 1,781.

He scored his first NFL touchdown on October 17, 2010, on a 38-yard strike from St. Louis quarterback Sam Bradford.

He was born in the football town of Waco, Texas.

In 2012 he signed with the San Diego Chargers, where he caught passes from Philip Rivers.

Danario Alexander Is A Member Of