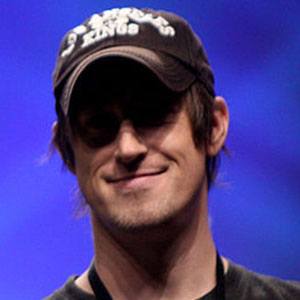 Creator of the The Annoying Orange series, which went from a YouTube series to a Cartoon Network hit. He also has a self-titled YouTube page with over 1.6 million subscribers.

He worked for MTV's reality show, Pimp My Ride and also dabbled in talking fruit videos for several web channels.

By 2010, when he began working on the The Annoying Orange, TV show, he was gathering hundreds of millions of viewers monthly.

He was born with the name, Dane Boedigheimer, in Minnesota and grew up with his family in Harwood, North Dakota. In 2012, he married a woman named Theresa Barket.

Toby Turner was one of the voice actors on his show, The Annoying Orange.

Daneboe Is A Member Of