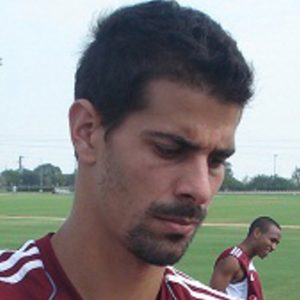 Goalkeeper who has represented Venezuela in tournaments like the 2015 and 2016 Copa América Centenario. At the club level, he has competed for such squads as CD Tenerife, Real Valladolid and Real Jaén CF.

He came up through Tenerife's youth academy until 2002, when he made his professional debut with CF Rayo Majadahonda.

He won the Soccer Federation Cup title with Real Jaén CF in 2009.

His older brother Jonay Hernandez is also a soccer player.

He has been teammates with centre-back Oswaldo Vizcarrondo on the Venezuelan national team.

Dani Hernández Is A Member Of