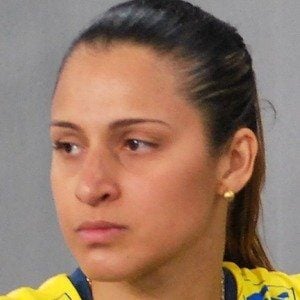 Volleyball player who has been a standout player for the Brazilian national team, leading her country to gold at the 2012 Olympics Games as well as multiple FIVB Volleyball World Grand Prix events. At the club level, she has had success with teams like Rio de Janeiro.

She made her professional debut with Osasco in 2000.

She won the Best Setter award at the South American Club Championships in 2014 and 2015.

She won gold at the 2012 Olympics alongside Brazilian team captain Fabiana Claudino.

Dani Lins Is A Member Of