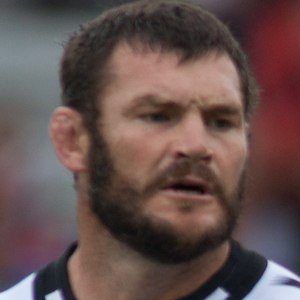 He made his senior career debut in 1999 with the Blue Bulls.

He made 63 appearances in international competition with South Africa, helping them win the World Cup in 2007.

His full name is Daniel Jacobus Rossouw and he was born in Sabie, Mpumalanga, South Africa.

He was a teammate of Jean de Villier during South Africa's World Cup victory.

Danie Rossouw Is A Member Of