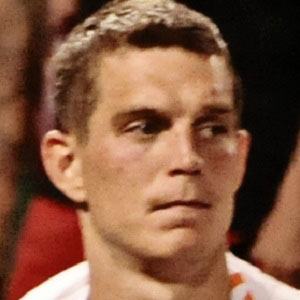 Elite Danish soccer defender who joined Liverpool in 2006 after spending 3 years with Brondby; became a member of Denmark's national team in 2005 and was named Danish Football Player of the Year in 2007 and 2012.

He signed his first youth soccer contract at age 12 with Brondby.

He married longtime girlfriend Sofie Nelson in May of 2010.

He was teammates with Fernando Torres on Liverpool from 2007 to 2011.

Daniel Agger Is A Member Of