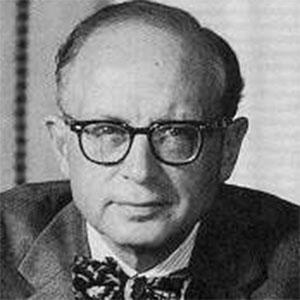 An influential American historian, he is known for The Americans trilogy and The Discoverers, both of which emphasized the role of individuals in bringing about significant historical events. He was the 1974 recipient of the Pulitzer Prize in history.

After graduating from Harvard, he studied at Oxford on a Rhodes Scholarship and later earned a law degree from Yale. He subsequently taught at the University of Chicago for nearly three decades.

His early works include The Mysterious Science of the Law (1941), The Lost World of Thomas Jefferson (1948), and The Genius of American Politics (1953).

His father was a prominent Jewish lawyer who defended in a famous court case. His son, Paul Boorstin, became a documentary filmmaker.

President Gerald R. Ford nominated him to be the Librarian of Congress.

Daniel Boorstin Is A Member Of