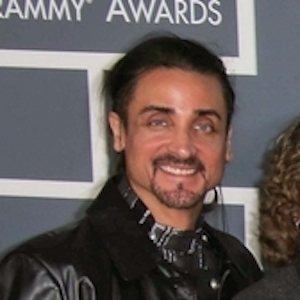 Percussionist for the country music band Zac Brown Band who began his tenure with the band as a touring musician before becoming a permanent member in April of 2012.

He was born in New York City and raised in Puerto Rico and Las Vegas. He was one of the first drummers to incorporate congas and other forms of percussion into the drum set.

Away from Zac Brown Band, he has performed with artists and groups including Jennifer Lopez, Sting and Earth, Wind and Fire.

Daniel de los Reyes Is A Member Of