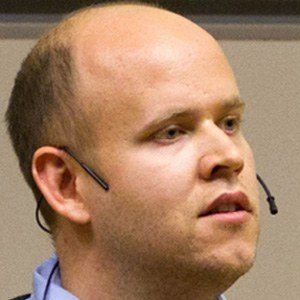 He never graduated from the Royal Institute of Technology, but still managed to become the CTO of many top companies.

He grew up in Sweden, starting companies from an early age with the support of his parents.

He irritated many musicians, including Thom Yorke, with the creation of Spotify.

Daniel Ek Is A Member Of