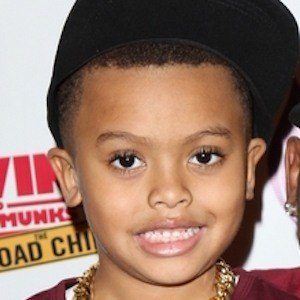 Known for being the son of former NBA player Daniel Gibson and singer Keyshia Cole.

He was born in October of 2010, about a year before Daniel and Keyshia got married.

His parents' marriage was aired on BET, although they've separated and gotten back together since.

His father was teammates with LeBron James on the Cleveland Cavaliers.

Daniel Gibson, Jr. Is A Member Of