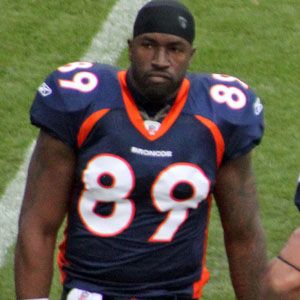 Former tight end who was a two-time Super Bowl champion with the New England Patriots and played 10 total seasons in the NFL.

He played college football at the University of Colorado and won the John Mackey Award as the nation's best tight end his senior year.

He was selected in the first round of the 2002 NFL Draft by the Patriots.

His father Tom Graham played eight years in the NFL as a linebacker.

He was a member of the Super Bowl champion Patriots during the 2000s that were led by star quarterback Tom Brady.

Daniel Graham Is A Member Of