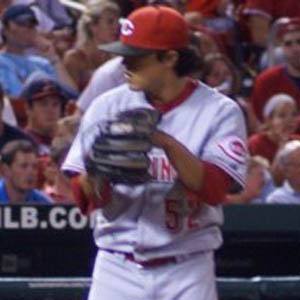 Became one of baseball's shortest pitchers, standing at 5'6", and one of the only MLB players who could throw a genuine screwball.

He played college baseball at the University of New Mexico.

He entered the league with six trademark pitches: a four-seamer, a two-seamer, a cutter, a curveball, a changeup, and a screwball.

He was raised in Odessa, Texas.

He played alongside star first baseman Joey Votto on the Cincinnati Reds.

Daniel Herrera Is A Member Of