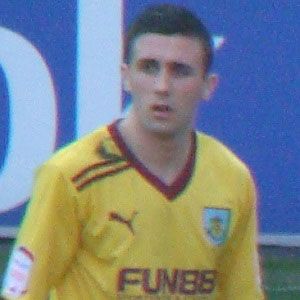 After beginning his senior career with the Celtic F.C., this professional soccer left back played loan seasons with Ayr United and Rotherham United and joined the teams Derry City (from 2010 to 2012) and Burnley (beginning in 2012).

He played his youth career for the Oxford United Stars and also played for the Northern Ireland Under-17, 19, and 21 teams.

In the 2013 to 2014 season, he and his Burnley teammates were the runners-up for the Football League Championship.

He was born and raised in Derry, Northern Ireland.

He and English forward and winger Alex Macdonald both played for Burnley.

Daniel Lafferty Is A Member Of