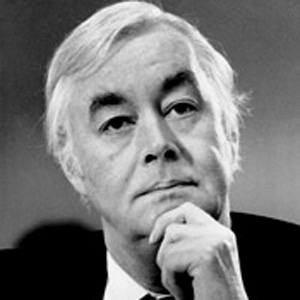 Four term US Senator from New York who was the United States' Ambassador to the United Nations and to India. He was notably a member of four successive presidential administrations.

He was the Assistant Secretary of Labor for policy in the Kennedy Administration, writing a book arguing that the government should do more to help black people.

He wrote many books on the subject of ethnic and race relations, as well as poverty, and crime, earning a Presidential Medal of Freedom.

His father John Henry Moynihan was a reporter for a daily newspaper in Tulsa, Oklahoma, where Daniel was born.

His close friend George F. Will remarked, in noting the lack of intelligent debate in Congress, that Moynihan wrote more books than most senators read.

Daniel Patrick Moynihan Is A Member Of