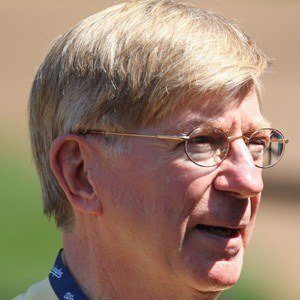 Author and conservative commentator who won the Pulitzer Prize for Commentary in 1977. His published works include The Pursuit of Happiness and Other Sobering Thoughts (1978), Statecraft as Soulcraft: What Government Does (1983), and Men at Work: The Craft of Baseball (1990).

He received a Ph.D. in politics from Princeton University and subsequently taught political philosophy at both Michigan State University and the University of Toronto. He began his career in journalism as an editor for the National Review.

He had a daughter and two sons with his first wife, Madeleine Will. He later married , with whom he had a third son, David.

His wife was in charge of Rick Perry's 2012 presidential campaign.

George Will Is A Member Of