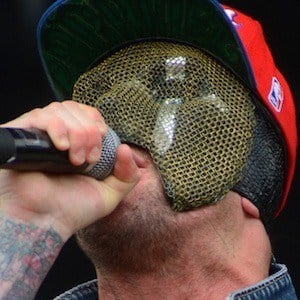 Clean vocalist and singer for the rap-rock band Hollywood Undead who replaced Deuce in 2010. He competed on the 9th season of American Idol but left the show to join the band.

He was previously the lead singer of a band called Lorene Drive.

He has a clothing company called Danny Rose Supply. He graduated from the Los Angeles Music Academy College of Music.

He has a daughter named Scarlett and a son named Roman Blue with his wife Theresa.

He performs alongside Charlie Scene in Hollywood Undead.

Danny Murillo Is A Member Of