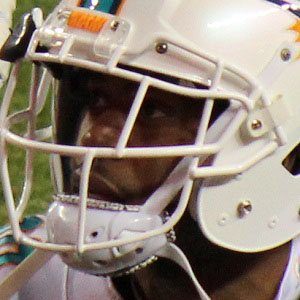 NFL running back was a solid contributor during his first three seasons with the Miami Dolphins with 1,400 total yards and 8 touchdowns. He was drafted 62nd overall by Miami in 2011.

He played quarterback, wide receiver, and safety during his career at Hilliard Middle-Senior High School.

He was a two-time All-Big 12 selection for Kansas State University after transferring from Northwest Mississippi Community College.

He was raised in Hilliard, Florida by his mother, Louella, and his father, Jerald Thomas.

He jumped over a pile to score a touchdown on Eric Weddle and the San Diego Chargers defense on November 17, 2013.

Daniel Thomas Is A Member Of