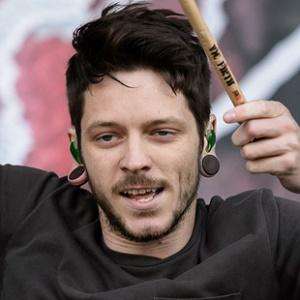 Drummer best known as a founding member of the metalcore band The Devil Wears Prada.

The Devil Wears Prada formed in 2005 and derived their name from the book of the same title. They adopted the name pursuing the words' nonmaterialistic implications.

The Devil Wears Prada has hopped from label to label, first beginning at Rise Records, moving to Ferret, Warner, and Roadrunner before returning to Rise in 2015.

He is from Dayton, Ohio. He has frequently featured photos of his niece on his Instagram.

He is joined in The Devil Wears Prada by Mike Hranica and Jeremy Depoyster.

Daniel Williams Is A Member Of