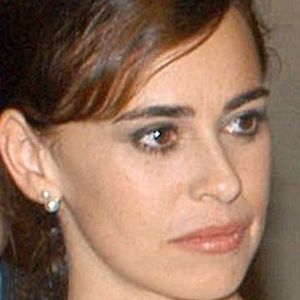 Brazilian actress and television host who is best recognized for her role in the controversial film 400 Contra 1 - Uma Historia do Crime Organizado which focused on a history of organized crime in the Commando Vermelho organization. She is also known for having appeared in the series ti Ti Ti as Sophie Charlotte.

She began studying Social Communication at the age of sixteen at PUCRS. She then went on to study for three years at the UCLA. She went on to found a production company based in Sao Paulo in 2010.

She is known for having won the Best Foreign Feature award at the Los Angeles Independent Film Festival in 2016 for writing the feature film Another Forever.

She married director Jayme Monjardim in 1995 and together they had a son named Andre.

She starred alongside Murilo Benicio and Giovanna Antonelli in the 2001 television series O Clone on the Rede Globo network.

Daniela Escobar Is A Member Of