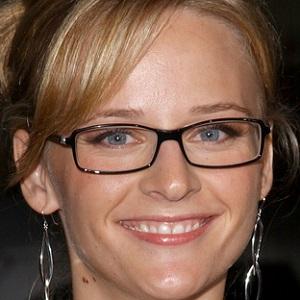 Screen actress known for her role as Julie Connor in the 1990s NBC teen television series Hang Time. She also appeared on episodes of Las Vegas and The Bold and the Beautiful.

She grew up in Bozeman, Montana and later studied at the University of Southern California.

Like her Hang Time character, she played Varsity basketball during high school.

She married Jay Hernandez, her former Hang Time co-star, in 2006.

She and Mark Famiglietti were both members of the Hang Time cast.

Daniella Deutscher Is A Member Of