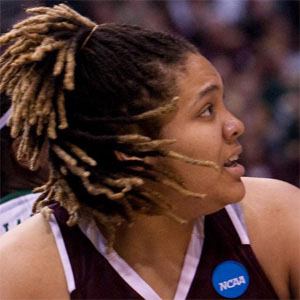 Post player who made her professional debut in 2011 for the WNBA's San Antonio Silver Stars.

She played two years at a local Junior College, before transferring to Texas A&M where, as a senior, she won a National Championship, was a first-team All-American, and was the NCAA Championship Most Outstanding Player.

As a WNBA rookie she averaged 12.4 points and 4.3 rebounds per game, and was selected to the WNBA All-Star game.

She was raised by her mother, Tiffany Hill.

As a rookie she made the All-Star team alongside her teammate, Becky Hammon.

Danielle Adams Is A Member Of