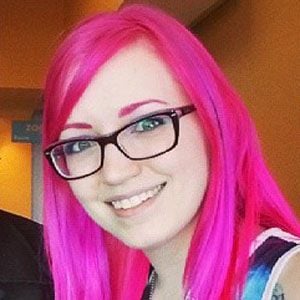 Video game vlogger who became famous for her "Trade Chat" series of YouTube videos, which she posts under the handle Panser. She is also known for her appearances on the reality TV shows "King of the Nerds" and "The Tester."

She attended Utica college, where she majored in Biology and Chemistry, but left school to create YouTube content full-time.

She was a finalist in the "Gamer Girl" competition hosted by Maxim Magazine.

Her appearance on "King of the Nerds" was an attempt to fund her father's cancer treatments. She got married in 2014.

She and John Bain are both web stars known for producing "World of Warcraft"-related content.

Danielle Mackey Is A Member Of