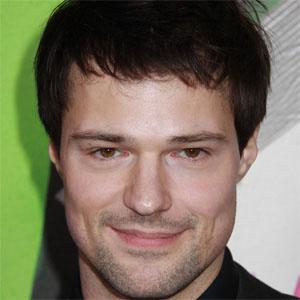 Russian-based theatre and film actor who played Dimitri Belikov in the 2014 film Vampire Academy. In 2016, he appeared as Vladimir the Great in the Russian film Viking.

He was kicked out of several schools while growing up, with school officials telling his parents that he lacked direction and had serious behavioral issues.

He portrays the character Sergei Filatov in the 2008 Russian drama film Black Hunters. The role earned him a nomination for the MTV Russia Movie Award for Best Kiss.

He has two brothers, Yegor and Ivan. He was married to Urszula Magdalena Małka from 2008 until 2011.

He and Zoey Deutch co-star in the 2014 satirical horror film Vampire Academy.

Danila Kozlovsky Is A Member Of