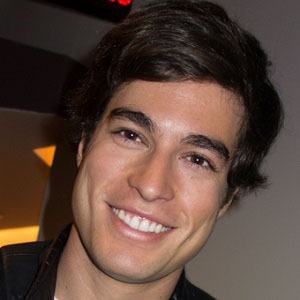 Known for his portrayal of Axel Velez on the Nickelodeon Latin America series Grachi and for his social media hosting work on the talk show Republica Deportiva, this actor and television personality is also notable for his work as a model.

At the start of his acting career, he appeared in several theatrical productions and had a guest spot on the television series Relaciones Peligrosas.

In 2019, he played as a forward for the professional soccer club Fuerza Amarilla in Ecuador. In 2018, he won a TVyNovelas award for Best Villain for his role in the telenovela La Doble Vida de Estela Carrillo.

Born in Guayaquil, Ecuador, he later lived and worked in Miami, Florida, U.S.A. He has four younger siblings. He began dating actress Michelle Renaud in 2018. He previously married actress Ángela Rincón in 2015; they separated in 2018 and finalized the divorce in 2019.

He and Sol Rodriguez are both known for their work on Grachi.

Danilo Carrera Is A Member Of