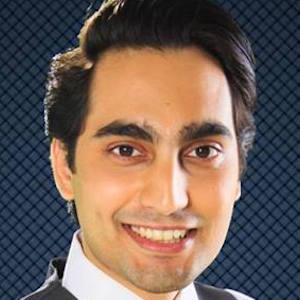 Known for his prolific stand-up and improvisational comedy career in Pakistan. He became the first comedian to introduce an English-language sitcom to Pakistani TV with 2013's The Real News.

He earned his medical degree from Ziauddin Medical University. He began his comedy career in one of Pakistan's first English language comedy troupes called Shark.

He became Pakistan's first comedian to take part in a US State Department-sponsored stand-up comedy tour of the US. He hosted and directed his own show on the Pakistani network Aaj TV called The Real Show with Danish Ali.

He has cited fellow Middle Eastern comedian Russell Peters as an inspiration for reaching Western audiences.

Danish Ali Is A Member Of