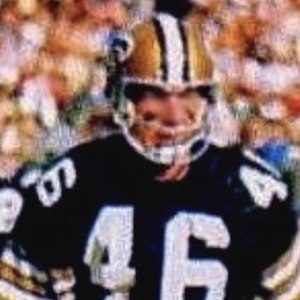 All-Pro wide receiver who played in the NFL from 1967-1974 for the New Orleans Saints and San Francisco 49ers.

He has three children and several grandchildren.

Steve Spurrier was his teammate on the 49ers.

Danny Abramowicz Is A Member Of