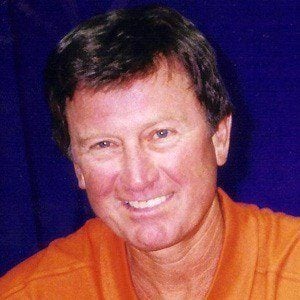 College Football Hall of Fame coach who led his teams to many SEC and Bowl championships.

He was an All-American quarterback during high school and never lost a game in baseball.

He coached for several years in the NFL but won less than half of his games.

Married Jerri Starr in 1966 and he has four children, Scott, Lisa, Amy and Steve Jr.

With Emmitt Smith, he is among the four inaugural inductees into the Gator Football Ring of Honor.

Steve Spurrier Is A Member Of