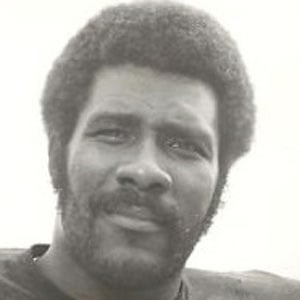 Dominant NFL defensive tackle who was known as Mean Joe Greene on the gridiron. He won four Super Bowl Championships with the Pittsburgh Steelers, with whom he spent his entire 13-year career.

He played college football at North Texas and was selected 4th overall in the 1969 NFL Draft by the Steelers.

He was selected to 10 Pro Bowls during his NFL career and was inducted into the Pro Football Hall of Fame in 1987. He gained widespread fame off the field for his role in the famous 1979 "Hey Kid, Catch!" Coca-Cola commercial.

He married Agnes Craft in 1969 and they had two sons, Major and Delon, and a daughter, JoQuel.

He joined LC Greenwood, Ernie Holmes, and Dwight White on the dominant Steelers defensive line that became known as the Steel Curtain.

Joe Greene Is A Member Of