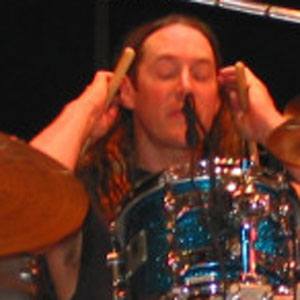 Drummer for the Grammy Award-winning progressive metal band Tool who is interested in the occult and the magical arts.

He attended the University of Missouri in Kansas City. As a student, he played a lot of jazz and was active in the local scene.

He collaborated with numerous other acts, including the Melvins, Zaum, Green Jellÿ, Pigface, Skinny Puppy, and Collide.

His parents raised him in Lawrence, Kansas, where he began playing drums when he was ten years old.

He has toured with Marilyn Manson.

Danny Carey Is A Member Of