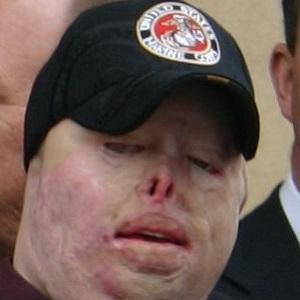 Iraq War hero and sergeant in the United States Marine Corps. He earned a Purple Heart medal after being severely burned during his service.

After graduating from high school, he enlisted in the U.S. Marine Corps. A year later, he lost a leg and several fingers and suffered severe facial burns as the result of a suicide bomb.

He died at the age of thirty from multiple drug intoxication.

He and his brother were born to waitress Rebecca Ziegel and construction worker Jeffrey Ziegel. He married Renee Kline in 2006; the couple divorced the following year.

He and famous POW Jessica Lynch both fought in the Iraq War.

Tyler Ziegel Is A Member Of