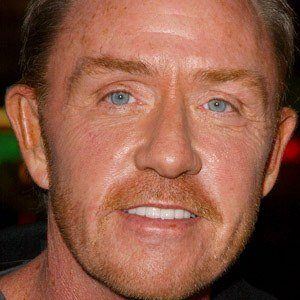 Played the organ, glockenspiel, and accordion for Bruce Springsteen's E Street band. He died after a lengthy battle with melanoma.

He learned to play the accordion at a young age while watching The Lawrence Welk Show. His interest in jazz and blues began to develop after he witnessed a professor perform both on his accordion at Philadelphia's Neupauer Conservatory of Music.

He used to play with a band called Diamondback when he wasn't touring with Bruce Springsteen, who nicknamed him Phantom. His organ and electronic glockenspiel influenced the sound of many Springsteen/E Street hits, such as Hungry Heart from 1980 and 4th of July, Asbury Park (Sandy) from 1973.

He was married several times. He had a son with his first wife, Flo, and adopted two daughters with his second wife, Kathlynn Helmeid. His third marriage to Maya produced no children.

He and the E Street Band collaborated with many other artists, including Bob Dylan, Neil Young, and Meat Loaf.

Danny Federici Is A Member Of